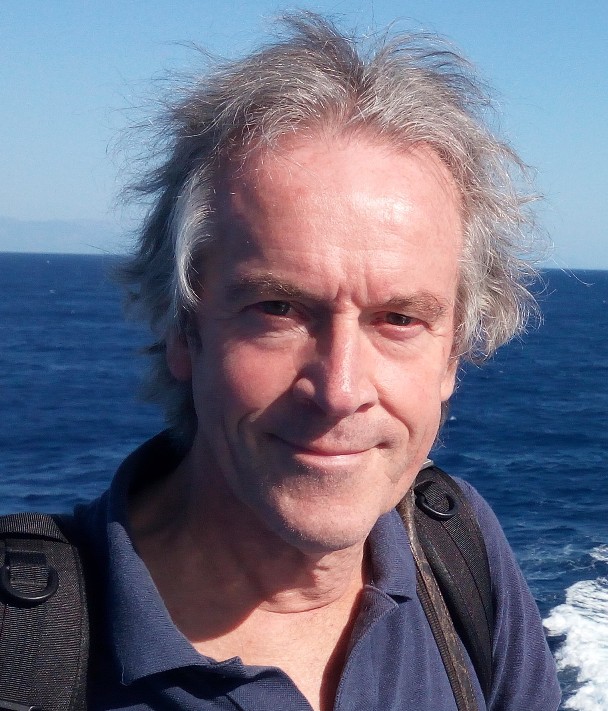 I was born at the beginning of the post-war baby boom, in 1946 in the village of Krommenie in the Zaanstreek.

Grown up as the youngest child with three older sisters in a progressive Protestant-Christian family, my father was simultaneously a member of the church council and active in the social democratic PvdA. To the village school "with the Bible", from the fifth grade to the public school in the neighbouring village Wormerveer, because there the pupils got better prepared for the Lyceum.

After the HBS-B diploma at the Zaanlands Lyceum in Zaandam on rooms in Amsterdam. Delicious, fresh air! Study of mathematics, physics and astronomy at the University of Amsterdam. Member of the alternative student association Olofspoort.

I had already criticized the church before, but at the age of nineteen I finally came to the conclusion that the faith, both Christian and any other, is total nonsense and I cycled to the population register to officially let change my religion to 'None'. The insight that the belief in one or more gods only emerges from the fantasy of the fearful person has become even clearer in the course of my life.

I opted for experimental physics, although I found the theoretical physics more interesting. But I could not sit all day at a desk or in a library. In the van der Waals laboratory I worked on a precision measurement of the Hall effect in a semiconductor under very high pressure. In addition to my main study in Physics and Mathematics, I followed secondary lectures: Russian for beginners, music history - in the last academic year of the old professor Bernet Kempers - and philosophy of science of J.J.A. Mooij, who, through Ernest Nagel's The Structure of Science, made futile attempts to convince me of logical positivism.

In 1970 I started teaching physics at a large school community in Amsterdam, the former Osdorper School community.
After seven years I became deputy director there, seven years later, in 1984, director.
Because the school went bad, the number of pupils had been reduced from 2200 to 850 since 1970, I have carried out a total reorganisation. The school changed into the Calandlyceum, the pedagogical profile was modernised and a top sports department established. As a result, the school turned out to be so popular again after a year that almost half of the new students registered had to be rejected.

Previously I was married to a linguist who specialised in the then popular generative grammar of Noam Chomsky. After ten years of living together I had to conclude that we did not fit well together and I started living with the woman who is still my big love. She was a biology teacher, also divorced and had two sons, so that I suddenly became the stepfather of a sweet but sometimes naughty six-year-old twins.

In 1993 I was asked by Eberhard van der Laan, the later Mayor of Amsterdam, as a candidate for the City Council for the Labour Party. I had been a member of the party for some time, but I was never very active. The fighting culture in the Amsterdam department was not my cup of tea. However, an entirely new group would be formed, our two sons now lived on their own and with the school it went fine, so I could, I thought, make a positive contribution to the party. To my surprise, after the elections in 1994, I immediately became an alderman for Education, Employment, Social Affairs and Minority Policy.

Although I am not a race politician, I felt at home in politics and was able to make major changes. At the next election I was, because no one else was available, the party leader, and the PvdA won a seat. In 2001, Mayor Patijn became seriously ill and I replaced him as acting mayor for half a year.

After two periods of four years of politics, I thought it was enough and wanted to live a life with less stress and more privacy. I started working for myself as a project manager, interim manager and consultant. Partly on my own title, partly as an associate of consultancy firm Boer & Croon. Until 2012, when I turned 67, I decided to retire myself, which finally gave me time to write down and further develop my philosophical ideas that had arisen in my study time.

The start of these ideas was therefore in the college Philosophy of Science. It was taught by a teacher who had a mathematical education and completely surrendered to Ernest Nagel's The Structure of Science. From my daily experience with physics it could not convince me And it was 1967, from various sides there was criticism of positivism for some time. I read, among other things, Feyerabend, Lakatos, Toulmin and Kühn. What also inspired me were the discussions at the weekly Friday afternoon drinks at the Institute for General Linguistics in Amsterdam, where I participated with my partner. The linguistics of Noam Chomsky brought not only much enthusiasm for the generative grammar but also interest in philosophy, especially for the later work of Wittgenstein.

The Blue and Brown Books, the Philosophical Investigations. Interesting, but not always clear. The interpretations of Wittgenstein's later work vary until today, but it became clear to me that his focusing on language and the way of how language is used, leads into a relativistic direction, without his own wishing or acknowledgement, incidentally. The meaning of a word lies in the use, Wittgenstein said. But the world does not consist of fixedly defined language games, as he calls them, so the meaning of a word will depend on the different groups of users and develop over time.

For me, the consequence of this reasoning was that our mental world consists entirely of the concepts we possess, whether inherited, or formed by experiences or created by the mind. But the connection that is made by most philosophers with things in reality can not be substantiated logically. From that problem, I started working on a mental model. For a long time only in my spare time, I've more time available in recent years.