This site is dedicated to a philosophical theory that I'm developing as a sequel to the later work of Wittgenstein, who, in my opinion, was searching in the right direction, but didn't want or couldn't accept the ultimate consequence of a completely relativistic worldview.

Since the last century, in philosophy two mainstreams occur: on the one hand the Anglo-Saxon analytic philosophy which is, close to empirical sciences, based on the axiom of an objective reality existing outside of man and the European phenomenology on the other. The popular French postmodernism, like its spiritual father, the German Martin Heidegger, does not excel in clarity and consistency. Partly as a result of this all kind of people nowadays make nonsensical and demonstrably incorrect statements in the media and on the internet under the motto 'everyone has their own truth', which generates a lot of criticism on 'relativism'.

Relativistic theories have never been very popular with many philosophers, most of them consider 'the decay to relativism' without further argumentation as sufficient disqualification of any theory whatsoever. A position which was considerably strengthened with the rise of postmodernism.

Yet the reality experienced by man contains much more than the material world, whose objective existence is undisputed. Apparently, humanity has added a lot to it, of which, when carefully considered, cannot be maintained that it is an objective reality that exists outside of man. Therefore, a relativistic approach, provided it is explicit and consistent, is the only possible alternative. 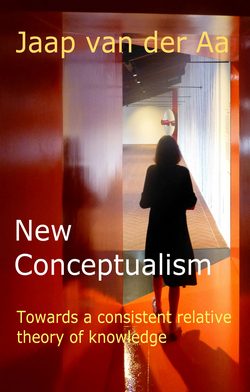 Opposite to his own interpretation Wittgenstein's later work made me realise that, if properly worked out a relativistic approach is the only way to understand the human mind. In that direction I'm working on the development of a conceptual theory: New Conceptualism, referring to the conceptualism that Pierre Abelard, alias Petrus Abaelard, formulated during the scholastic discussion on the problem of universals.

I'm developing the theory in the form of a book both in Dutch and in a simple English translation. The finished chapters are published on this website. I focus on an audience of non-philosophers, but I assume the reader is interested in philosophical, in particular in epistemological questions and willing to delve into a different approach than usual.